All the new wines from the last container . . .

These are the new wines from Tre Monti above.  The Thea Bianco which will blow your mind is 100% Petit Manseng!  Who knew that it could create such a fantastic version in Emilia-Romagna?! The 2010 Tre Monti Petrignone Sangiovese di Romagna Riserva is back in stock.  This wine is tasting great right now.  And then there is the newest wine to the line-up, the "Doppio" Pignoletto Frizzante, a slightly sparkling wine that in Emilia-Romagna is paired with just about any salumi plate and is always the first thing you drink before dinner. 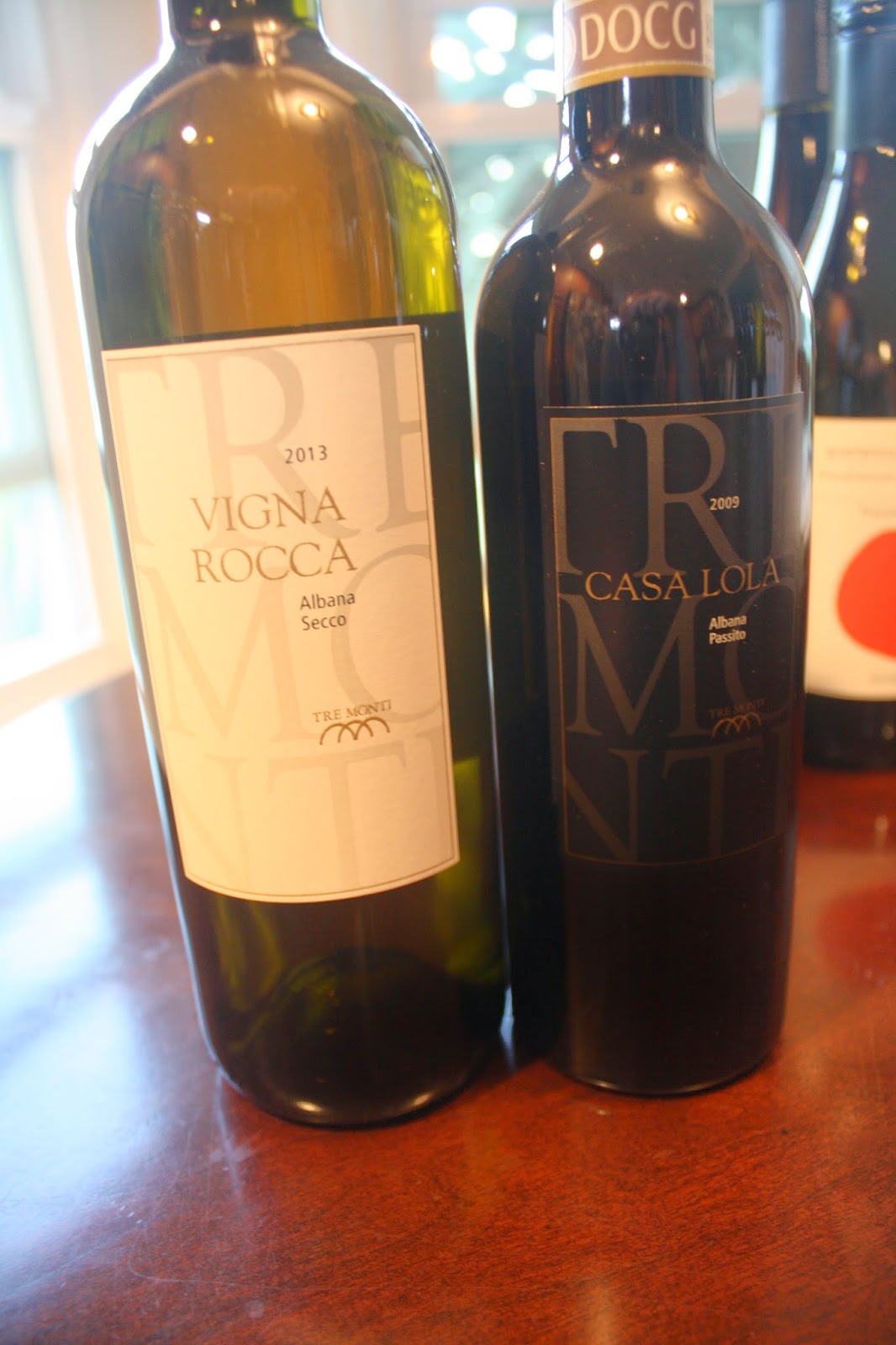 Oh, and the new 2013 Albana Secco "Vigna Rocca", just about the best mouthful of wine from this container.  And lastly, the "Casa Lola" Albana Passito, from air dried Albana grapes made in a late harvest style.  I actually haven't tried this wine as of yet so I hope that it is good. 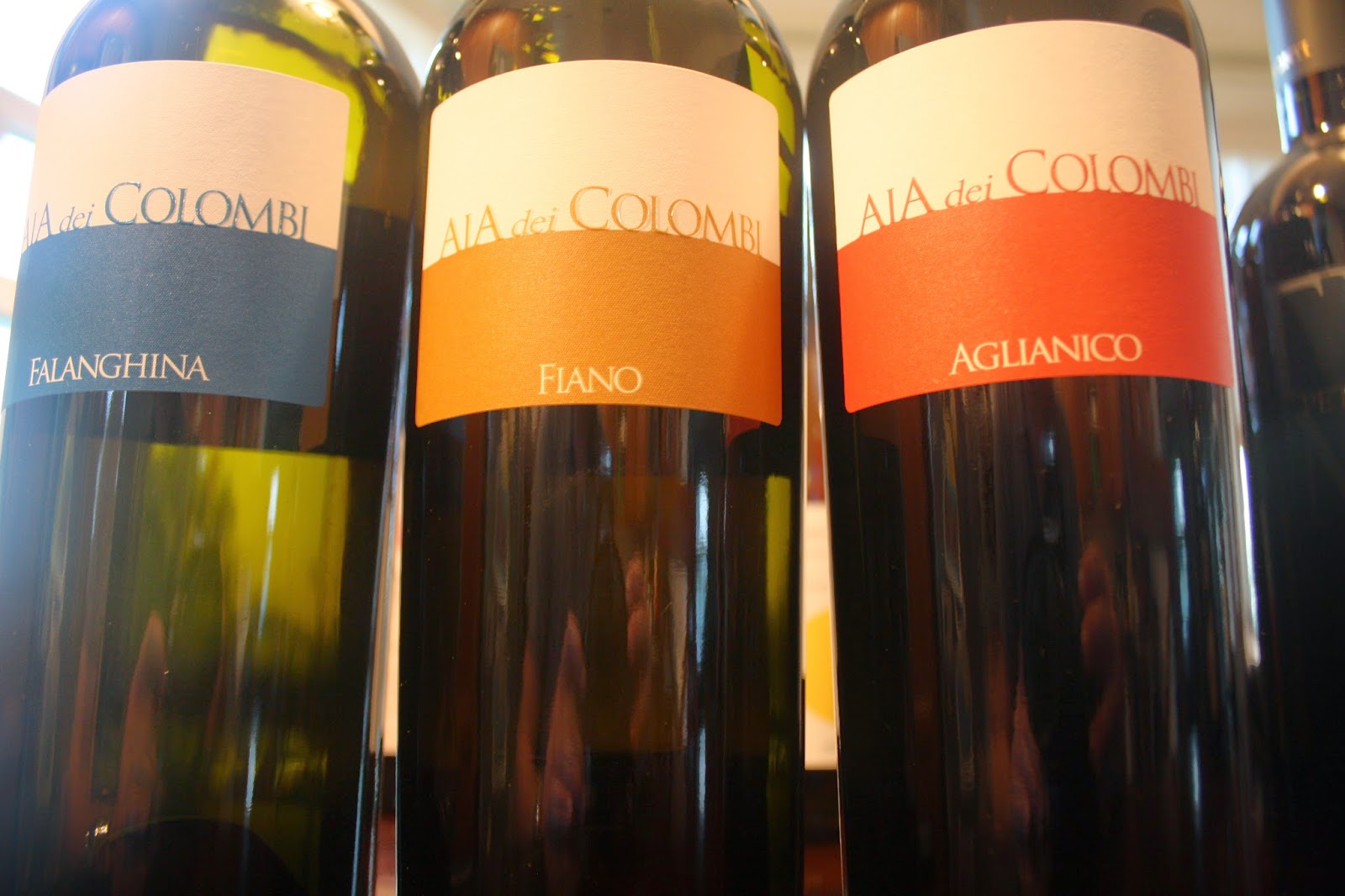 These new wines from Aia dei Colombi (the name means "are of the doves", so at one time maybe there was a dovecote in the area?) are going to become a staple for the Rinascimento portfolio.  The Falanghina is everything you would expect it to be.  Fresh and bright with a little prickle from being bottled early, it has that juicy fruit citrus flavor that you look for in Falanghina.  I am so excited. 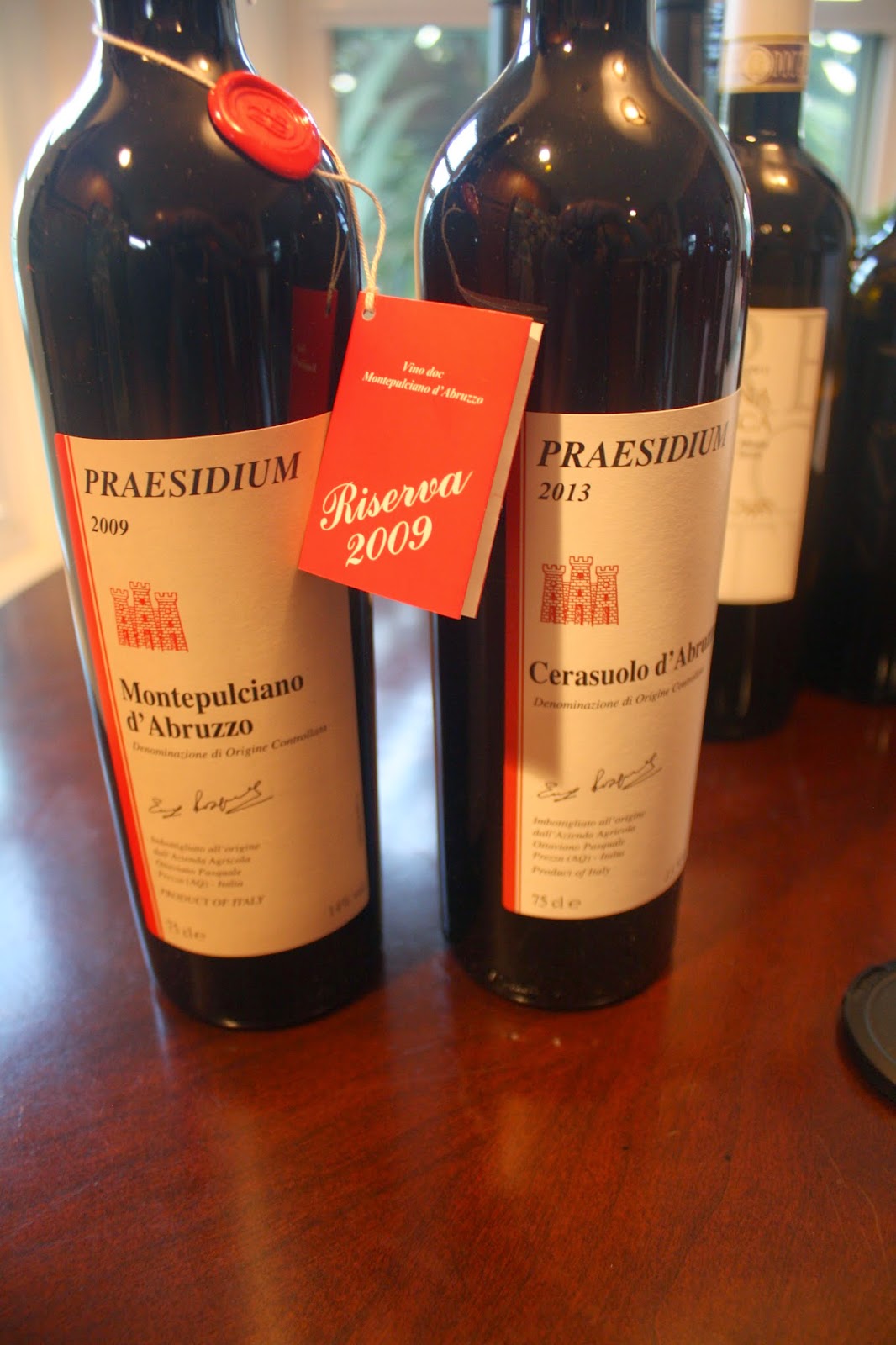 Praesidium is a small winery in the mountains of the Abruzzo that produce only a tiny quantity of wine every year from five heactares of Montepulciano.  Current vintage is 2009.  They wines are aged for five years before release and can carry the designation of Riserva.  Two of those years are in tank, then the last three are in large Slavonian botte with a small proportion going into smaller, older French barrels. The Cerasuolo d'Abruzzo is truly a wine of power and even though it is a rose`, it will remind you more of a light red like Beaujolais.  Serve chilled. 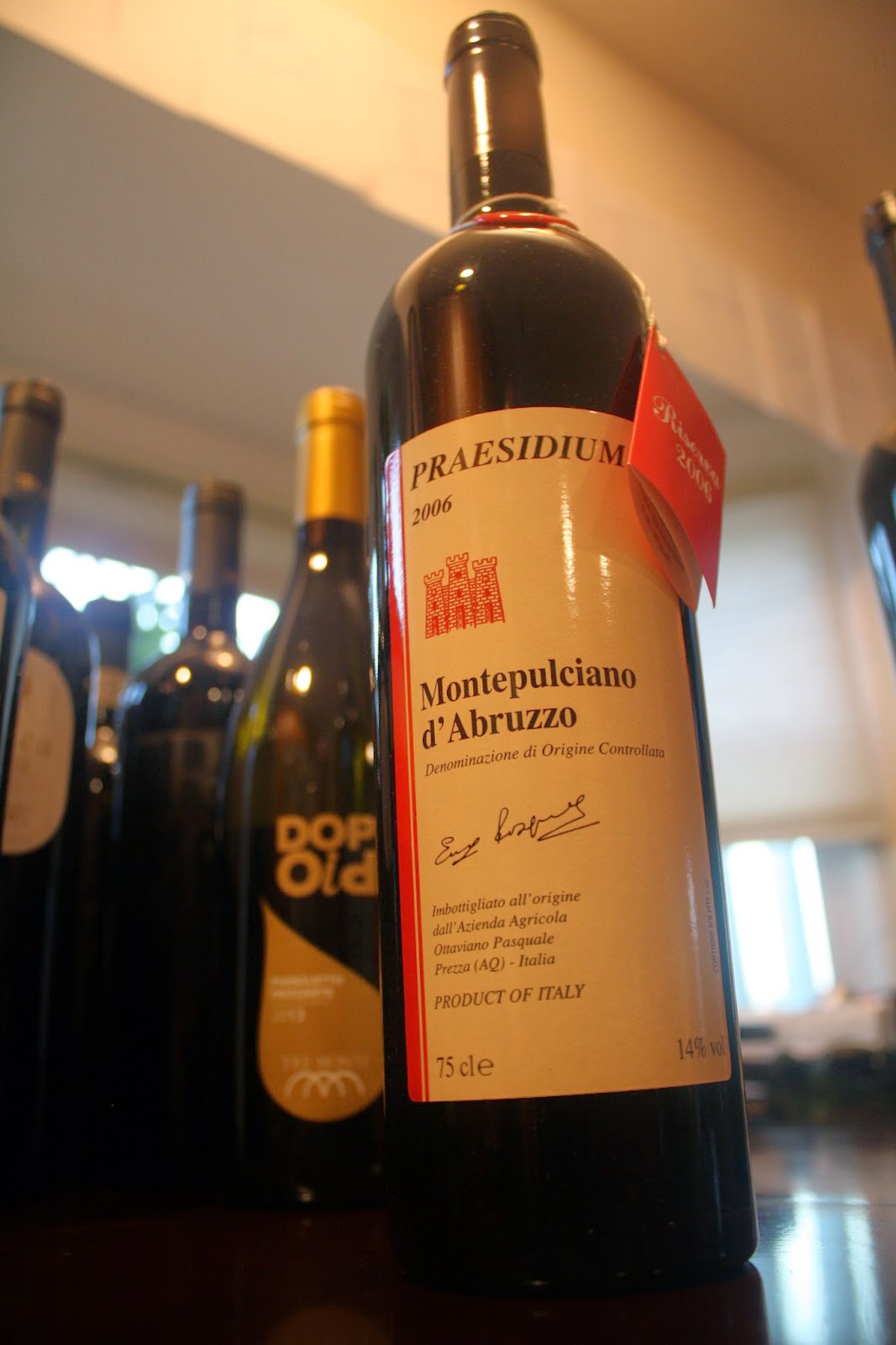 I also bought a selection of the older wines from Praesidium.  The 2006 was a cool and long classic year and this wine is still showing primary fruit flavors and the tannins are just starting to integrate. 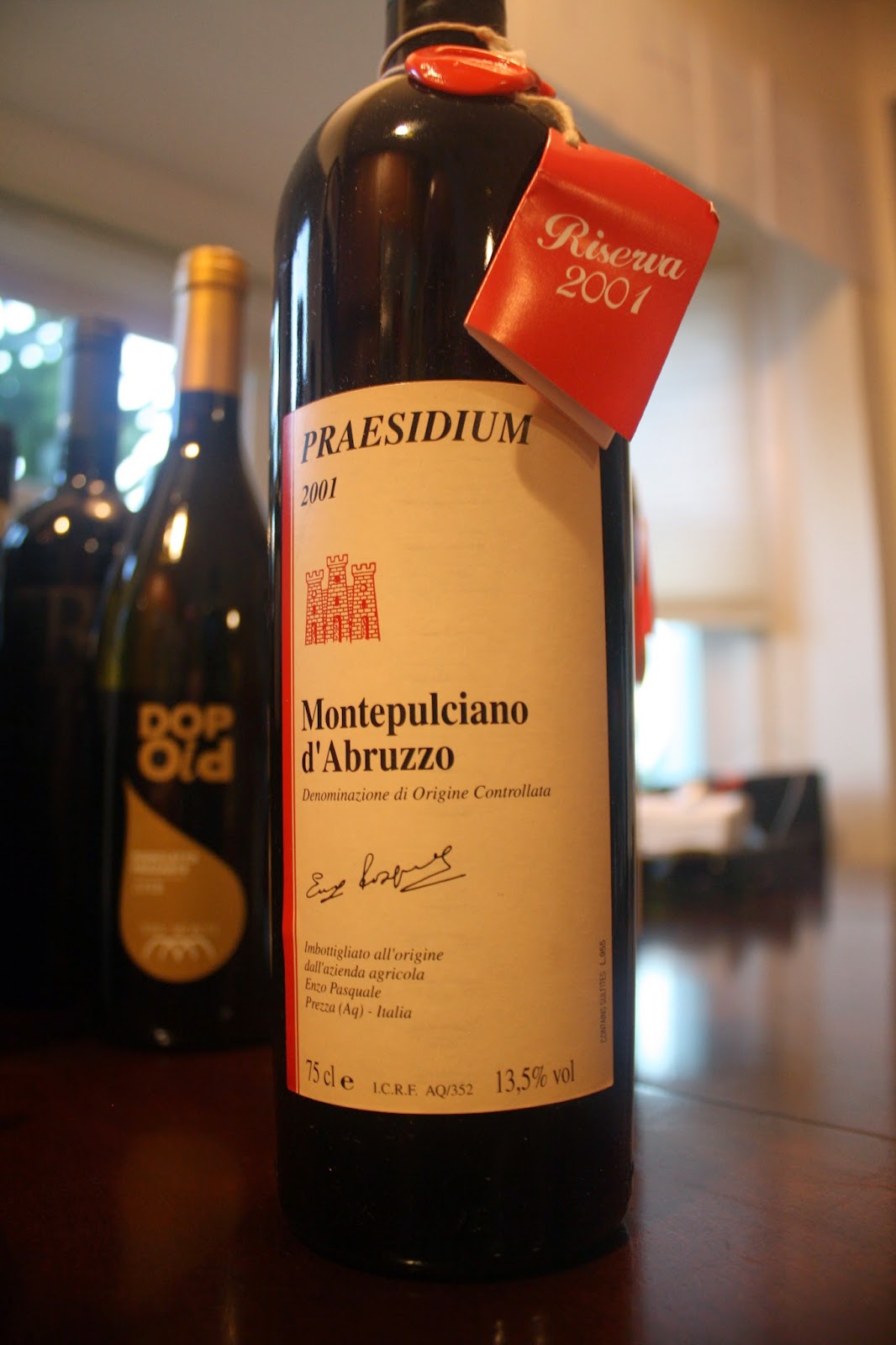 So far, this is my favorite of the older vintages.  Power plus finesse.  The tannins are totally integrated into the wine and the fresh fruit flavors of cherry and blackberry are slowly turning to more mature flavors while the acidity is still making the wine dance on the tongue. 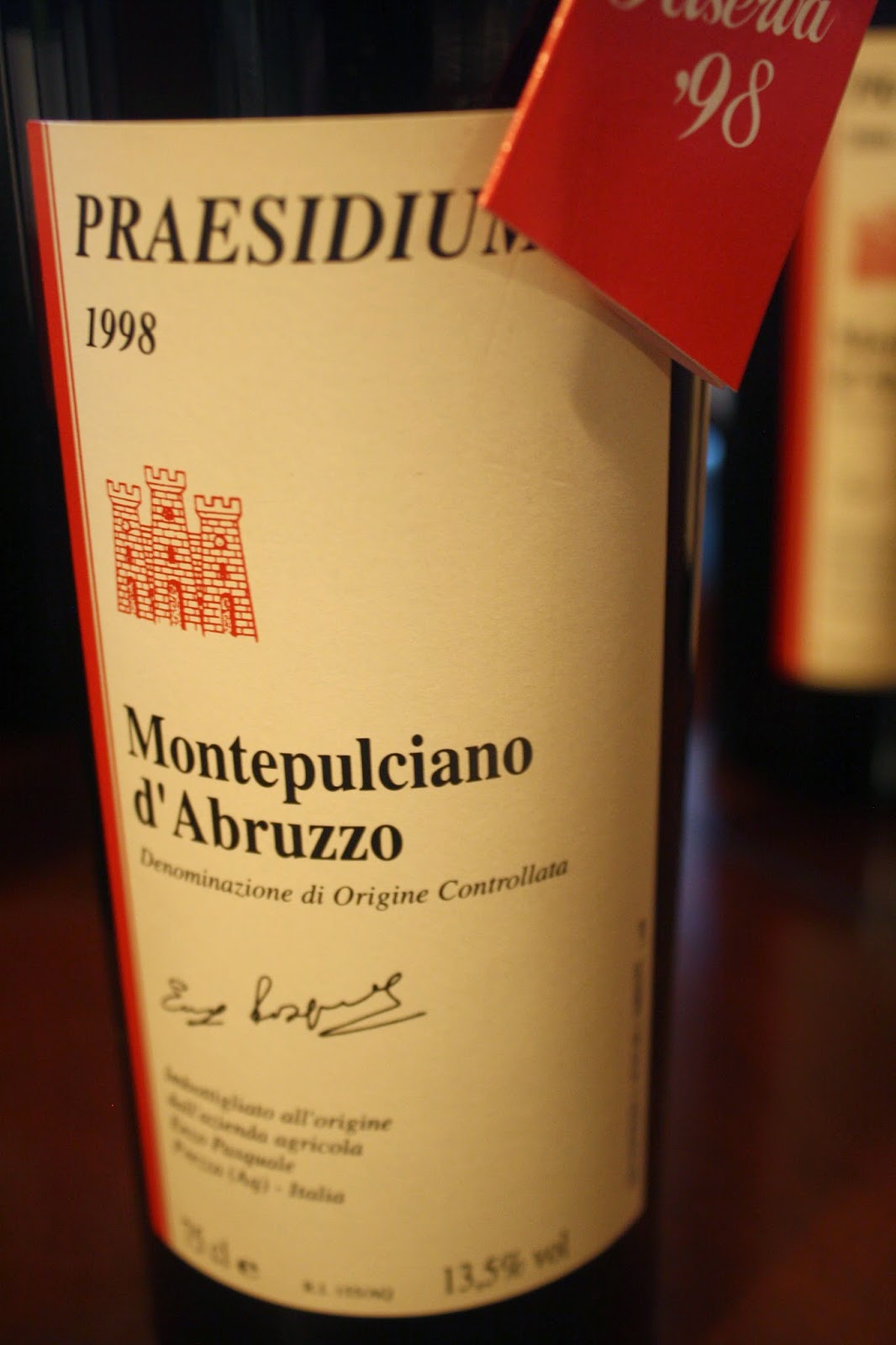 And a blast from the past century, this is the 1998.  A wine that is ready to drink now. 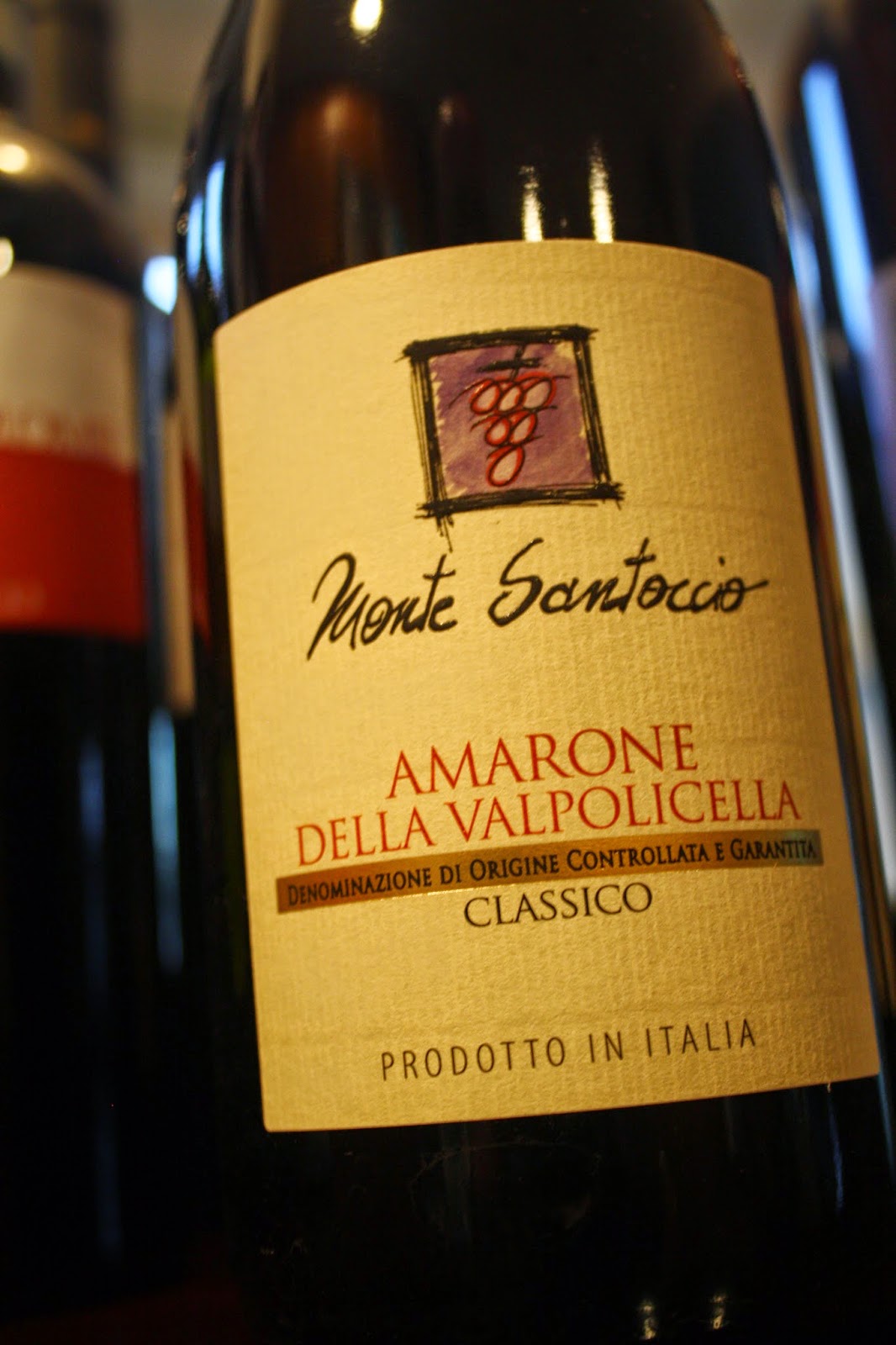 Nicola Ferrari is justly making a huge name for himself with his wines from Monte Santoccio.  I can't keep the Amarone in stock.  Here is the new 2010.  It is so over the top but at the same time, the acidity is bracing.  A true master of the Valpolicella region. 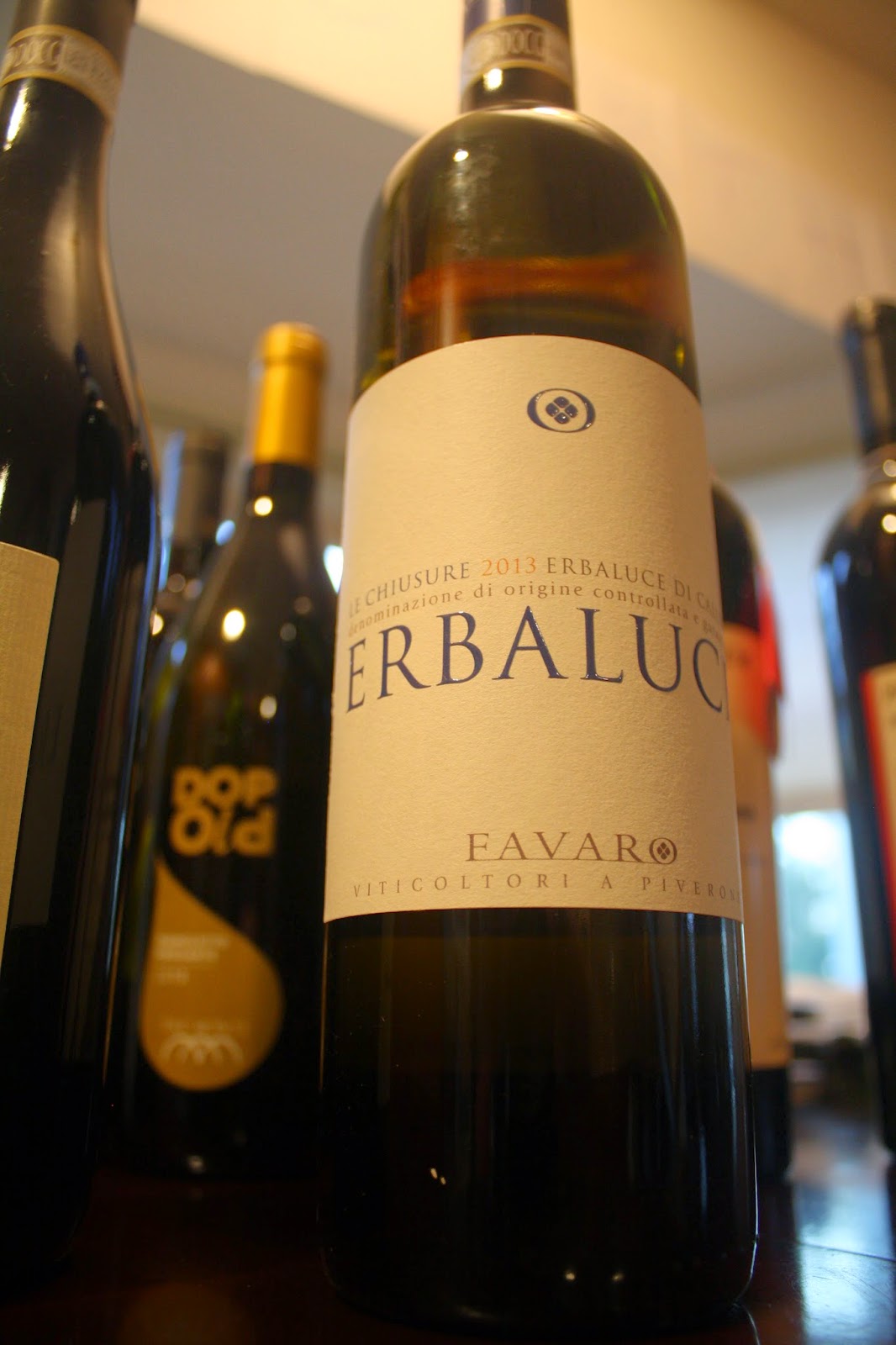 Four years in a row the Favaro Erbaluce has received three glasses from the Gambero Rosso.  The highest rating you can get.  Out of the thousands and thousands of wines tasted and rated every year, only a few attain the rating of three glasses.  The new 2013 is different in style than the previous few years because the weather was much cooler so the style of this wine is a little fresher than usual with lots of acidity.  It is going to be an Erbaluce that will age for a long time . . . if needed.  Most of it will be drunk soon enough! 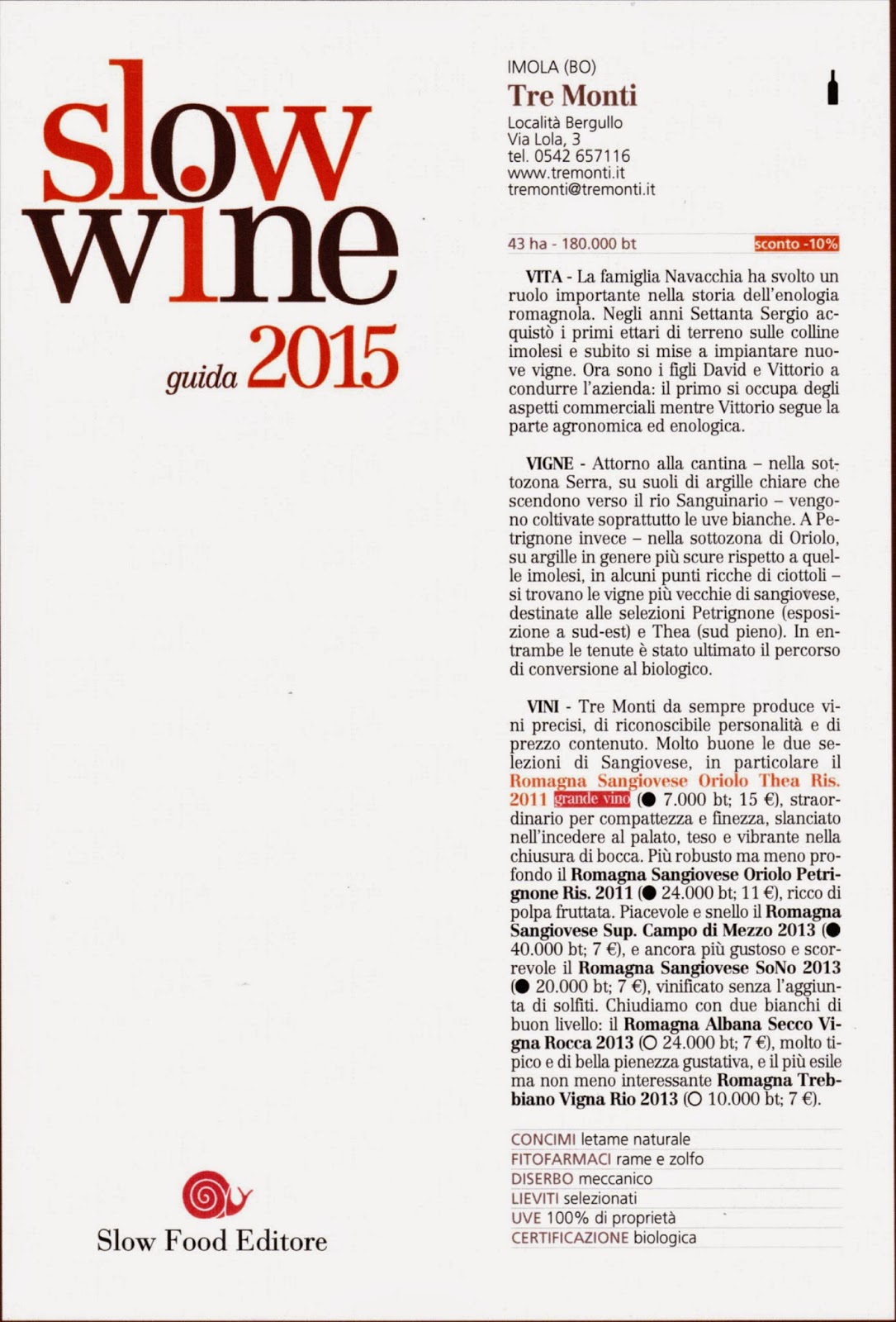 The original Botticelli's Birth of Venus . . . 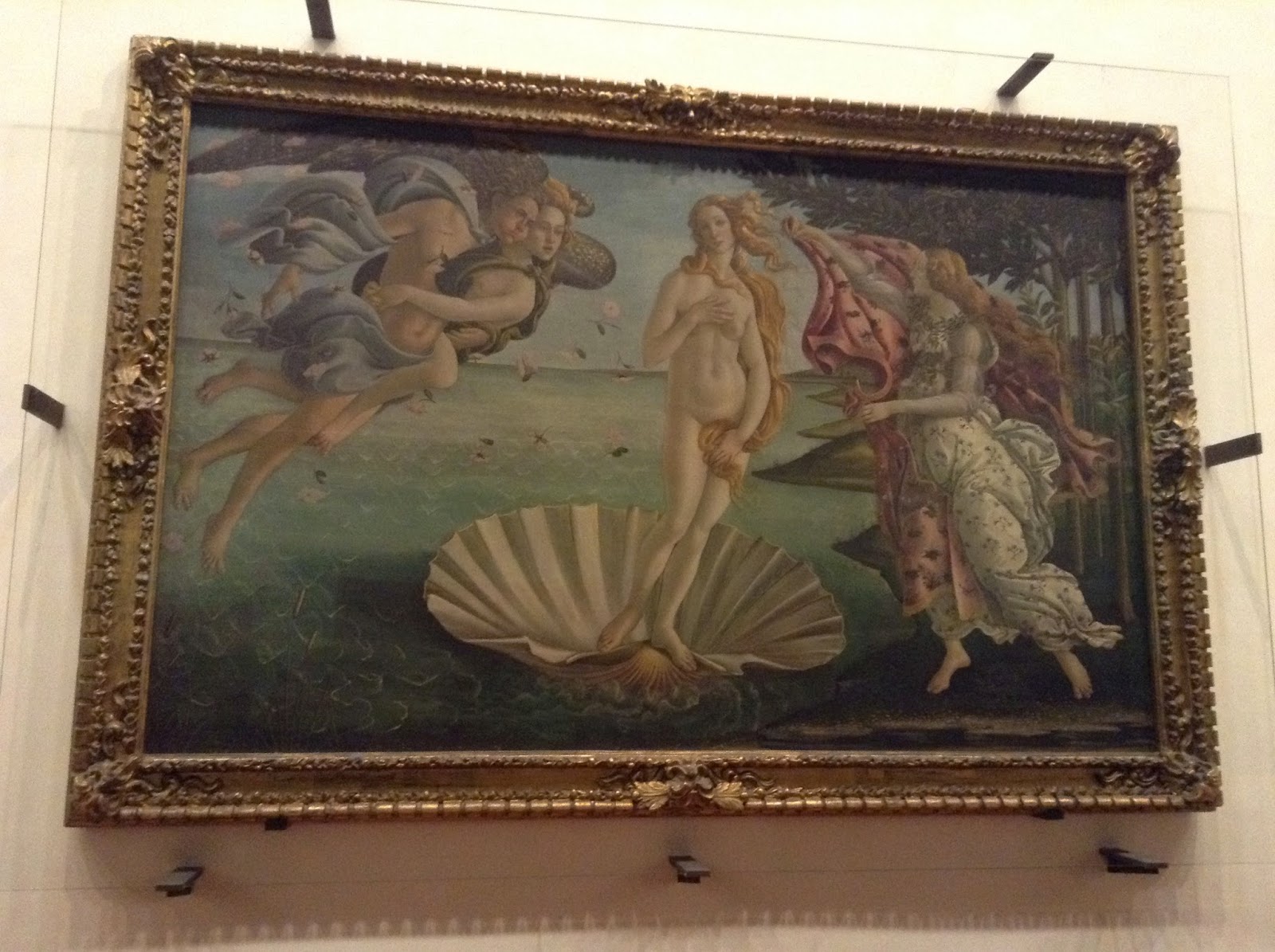 Antonia and family from Vini Praesidium happened to be in Florence for the presentation of an award they received from L'Espresso magazine for their fantastic Montepulciano d'Abruzzo Riserva 2009 and had time to stop by the Uffizi and see the original inspiration for the logo of my company, the Nascita di Venere (Birth of Venus) but Botticelli.

It is considered the quintessential work of the Renaissance (Rinascimento), a period of rebirth of knowledge, art and culture that came after the Middle Ages (this is hotly debated in many circles, but I am sticking to it.)

And since the formation of my company, that was in a way a rebirth for me in the wine business, what started out as a sort of wish of having a cool name for my company, has become really the basis of the philosophy behind my company.  Rebirth.  Revival.  Renaissance.

Thank you Antonia for the pictures and for thinking of us! 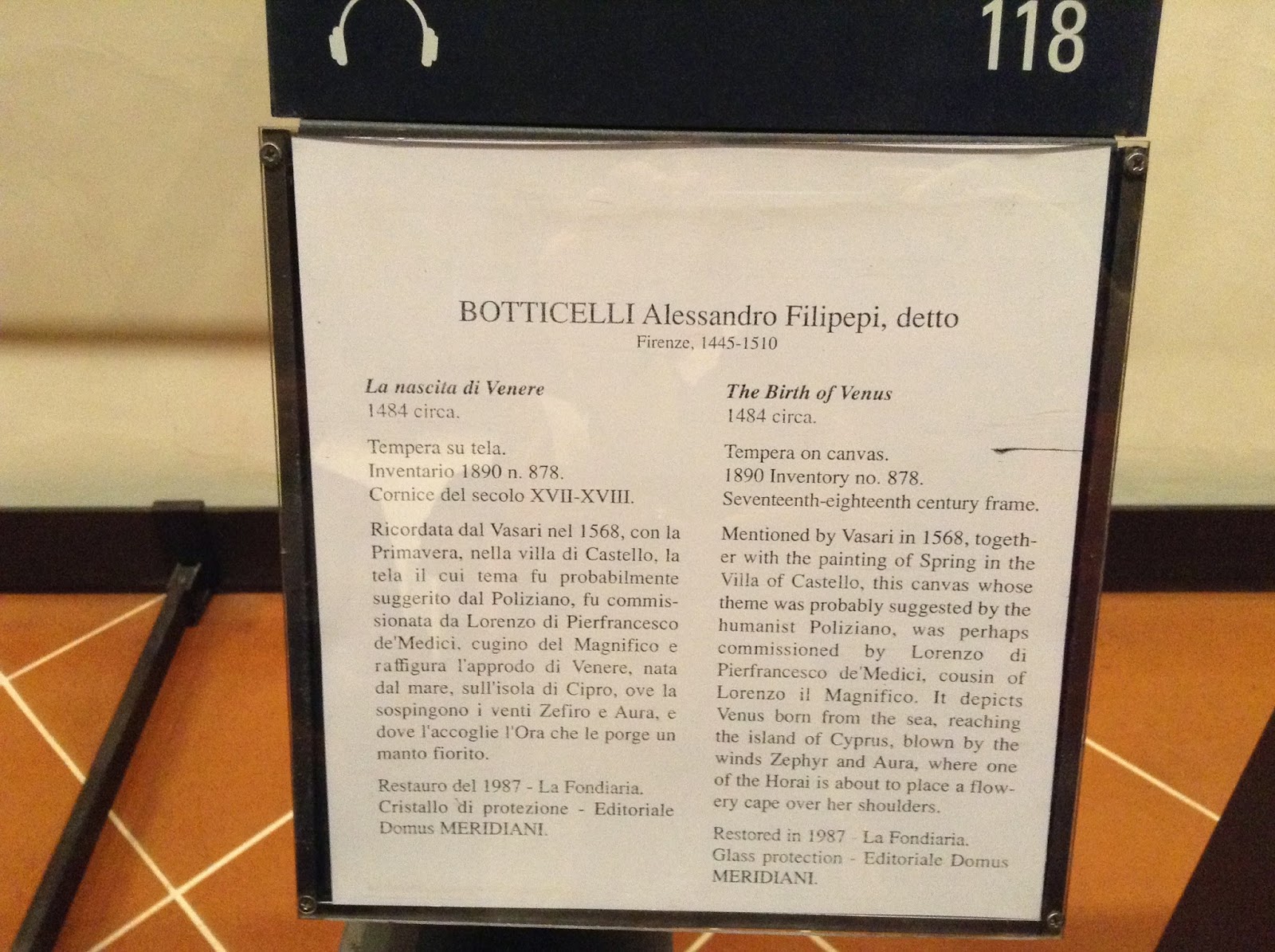 Harvest Photos from Praesidium in Abruzzo . . .

Antonia Pasquale sent us some great photos of the harvest at Praesidium.  Everything is hand harvested into crates.  The yield on these vines is tiny.  Looks like 2014 will be another good vintage. But we have to wait five years for it to be released! 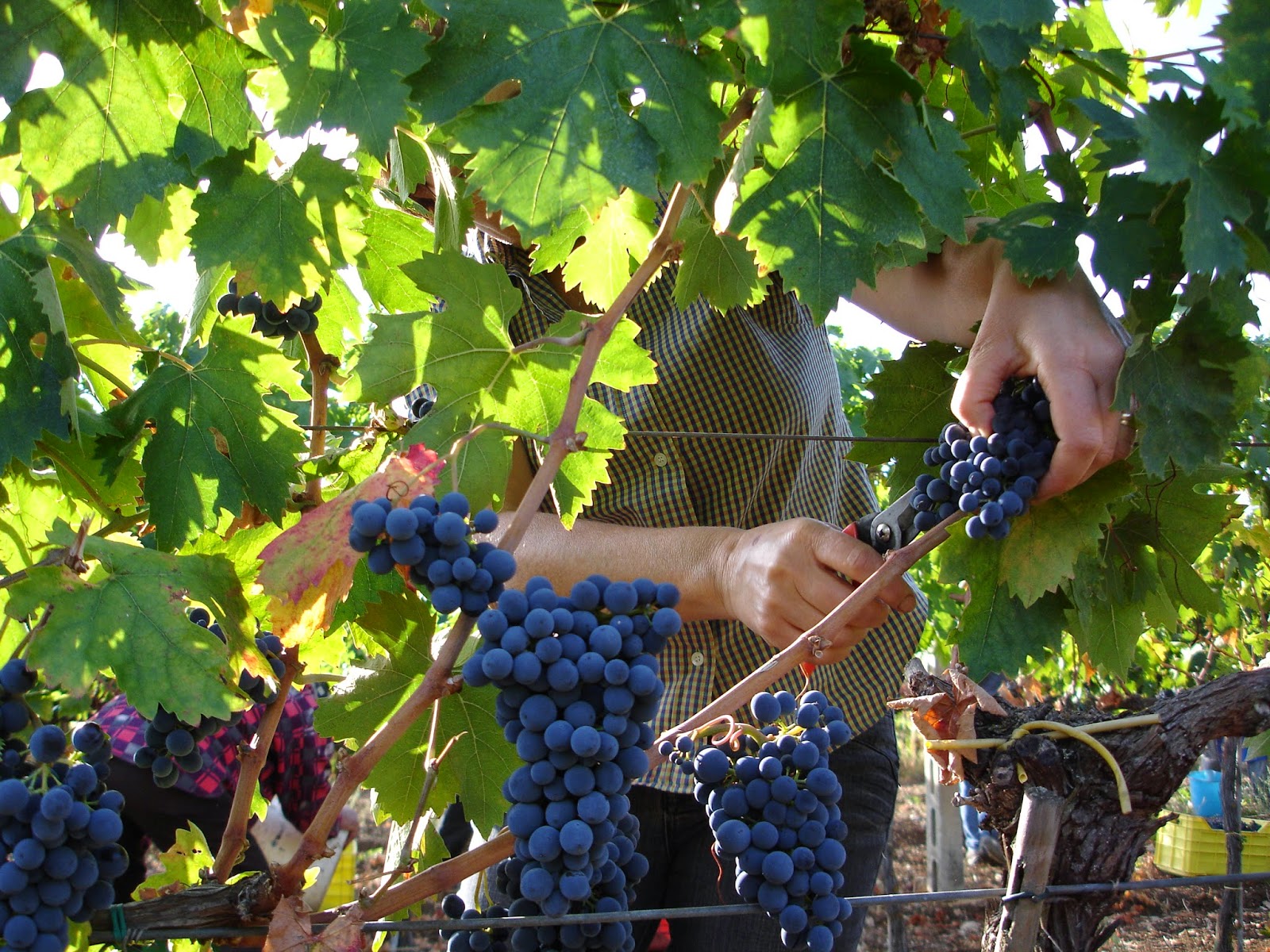 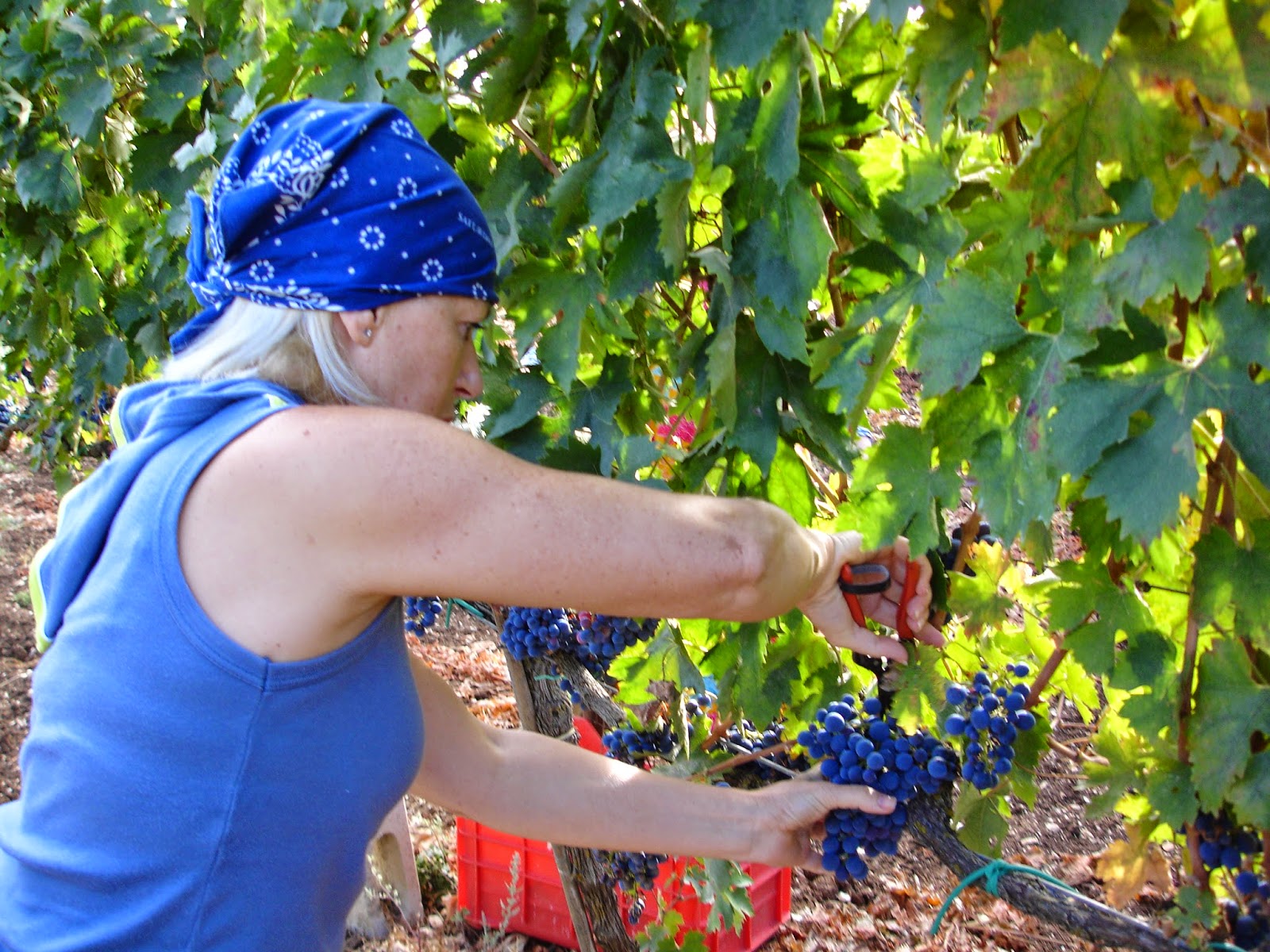 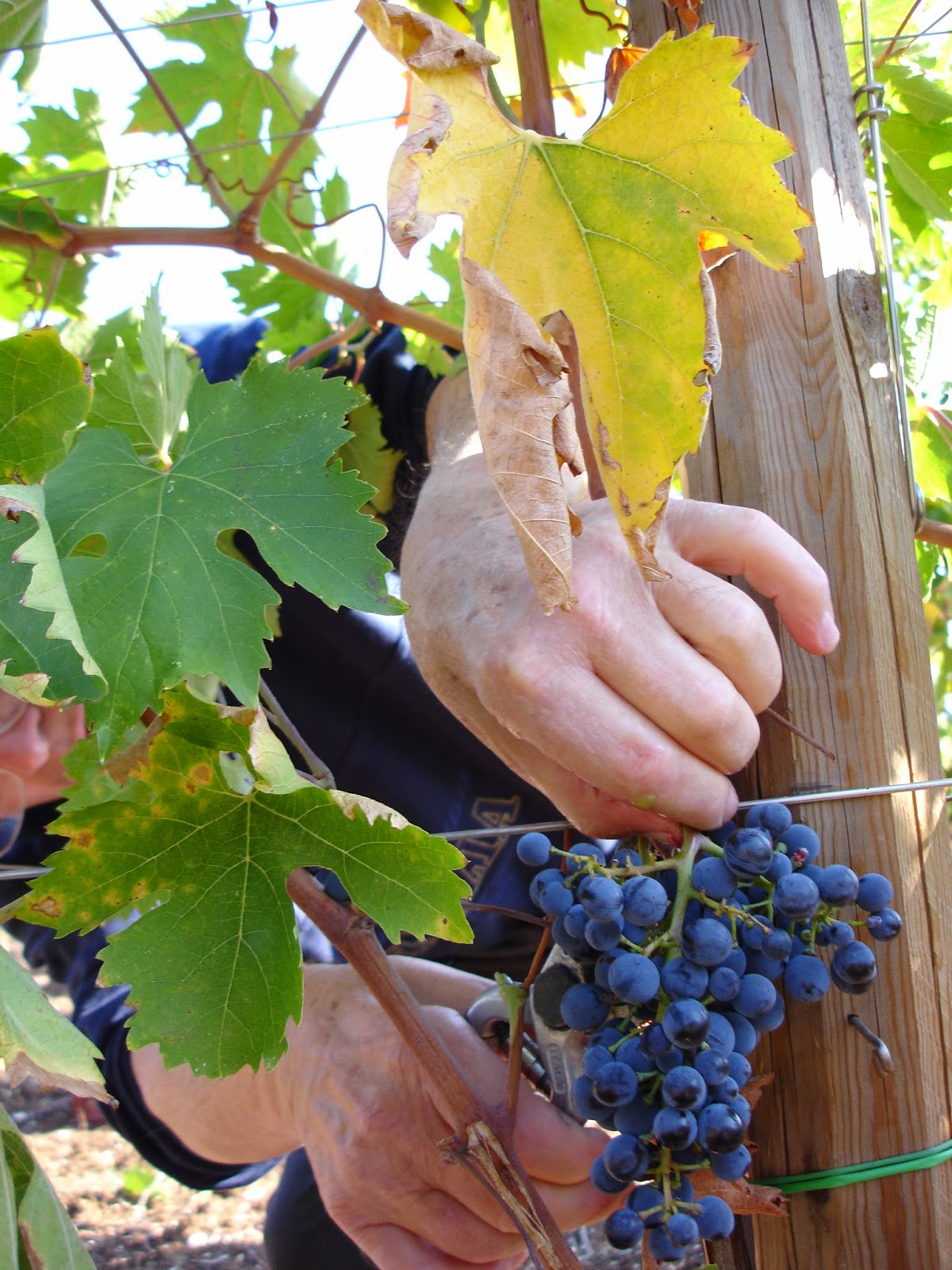 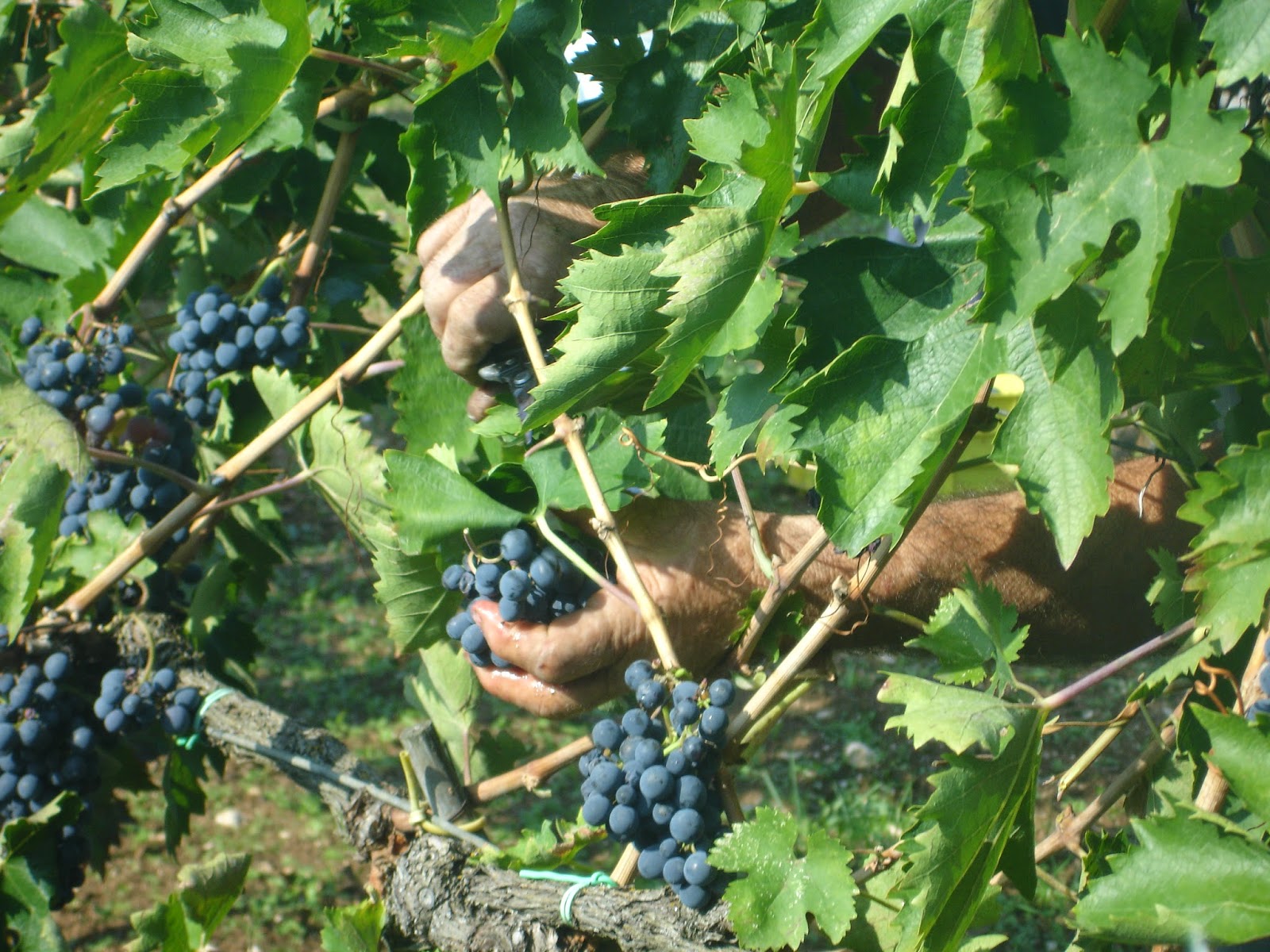 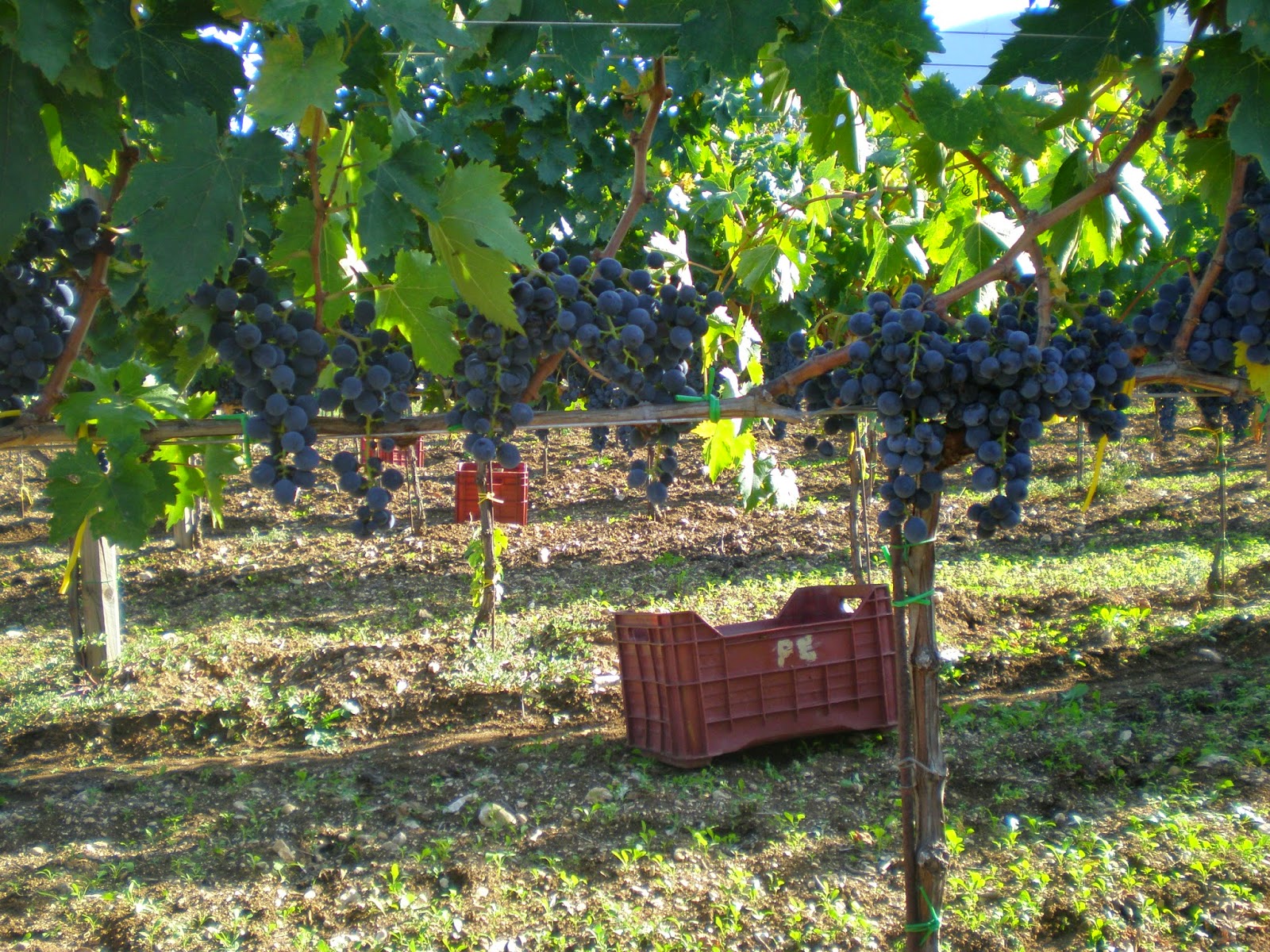 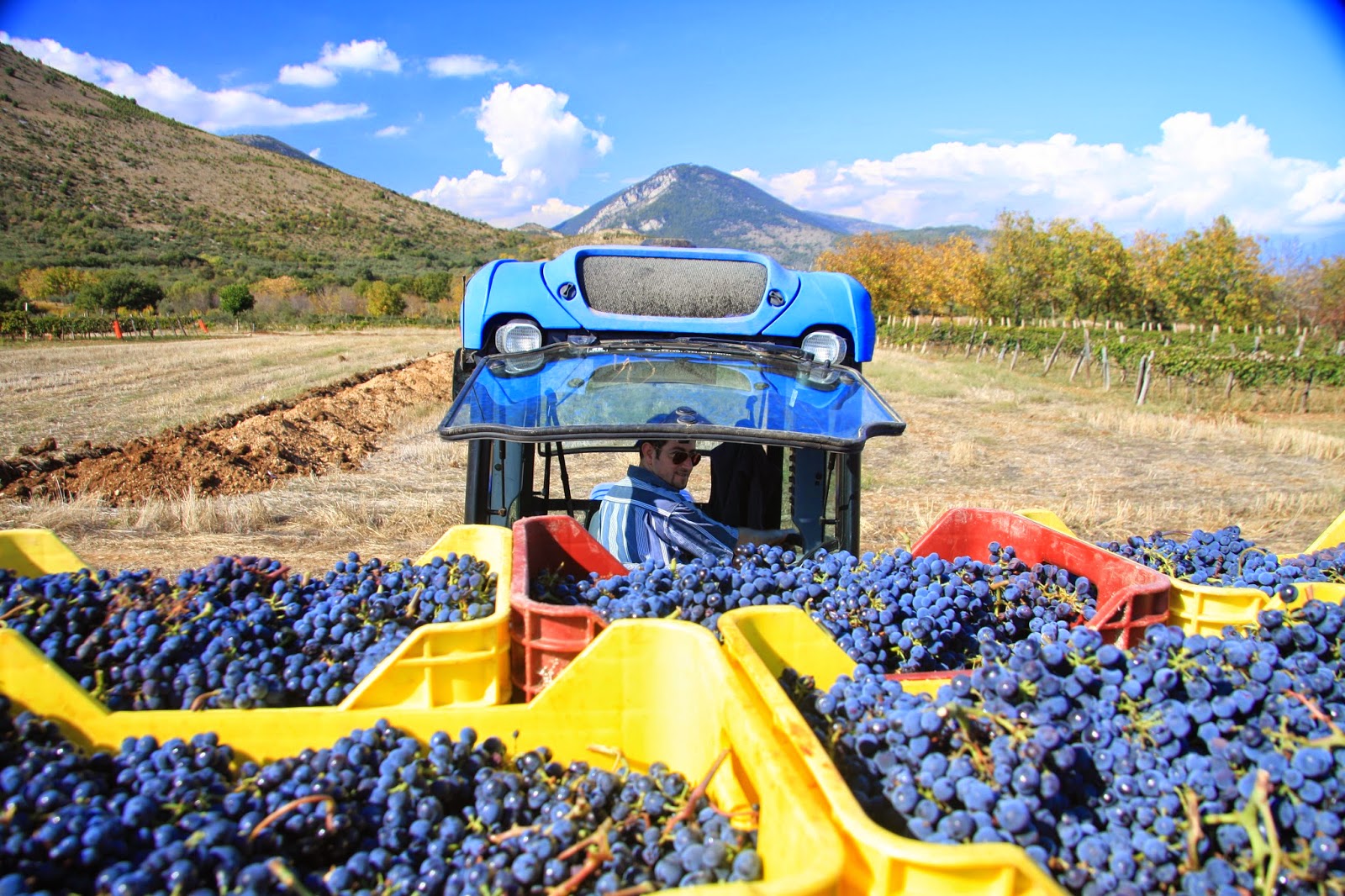 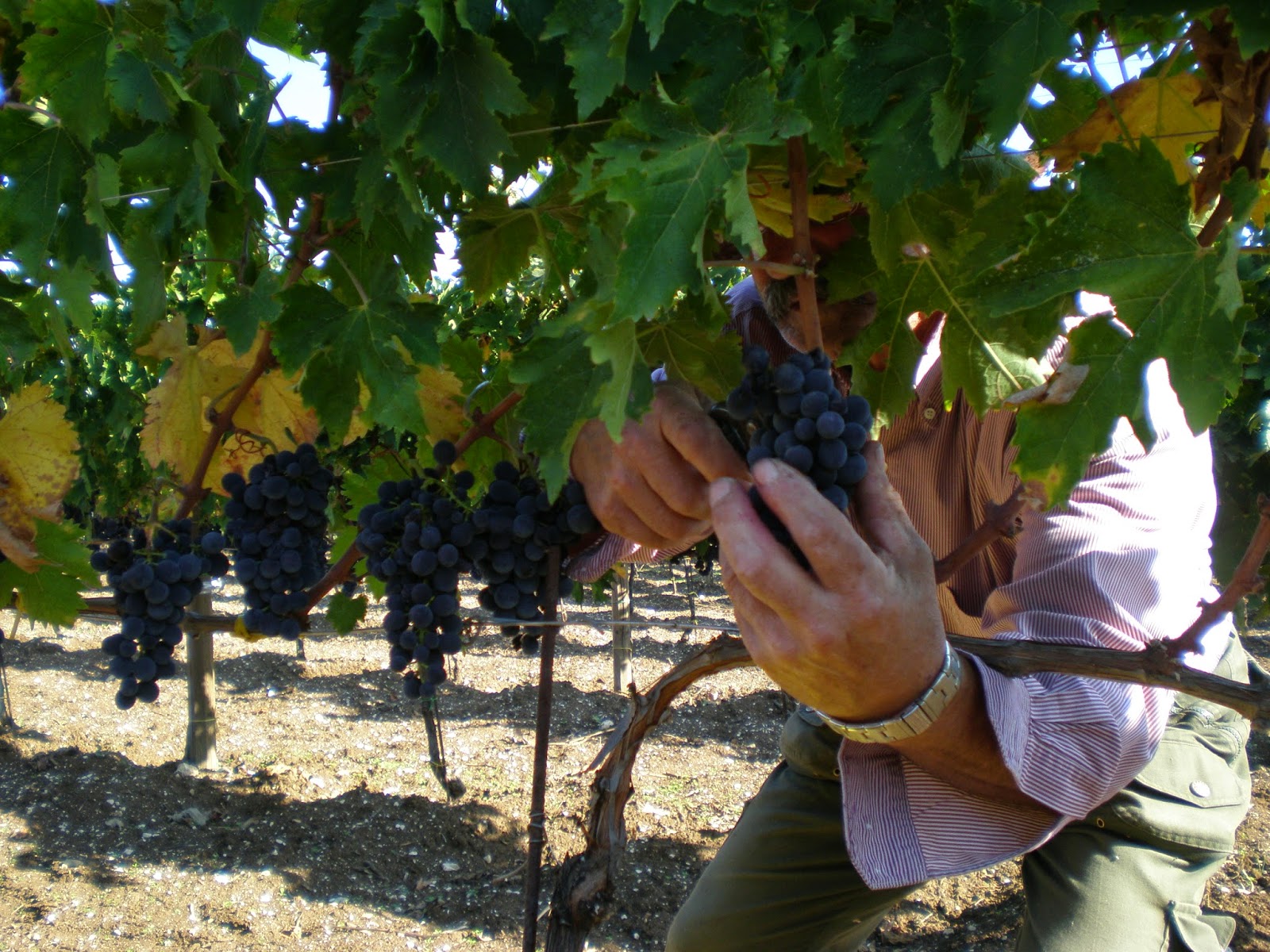 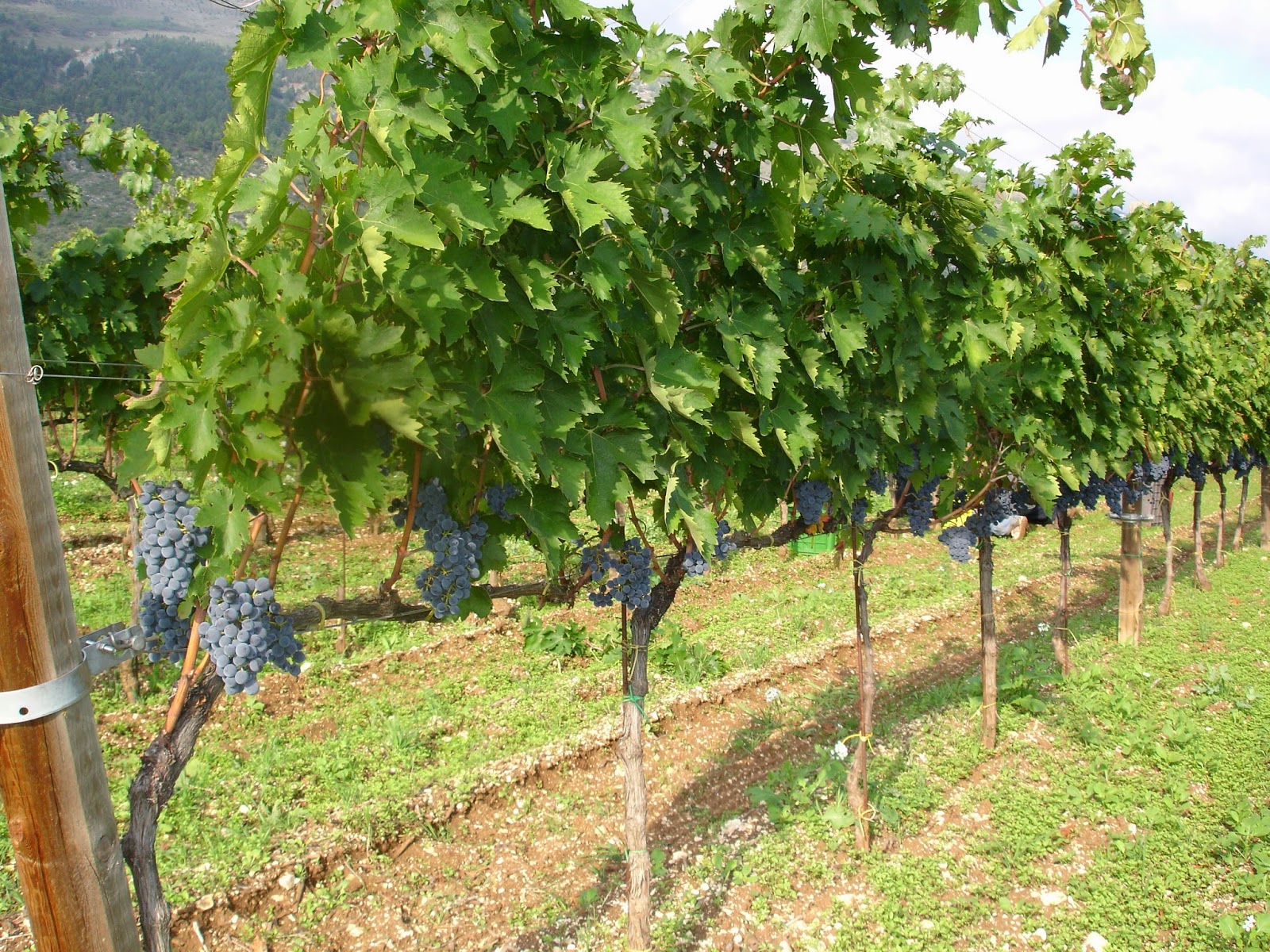 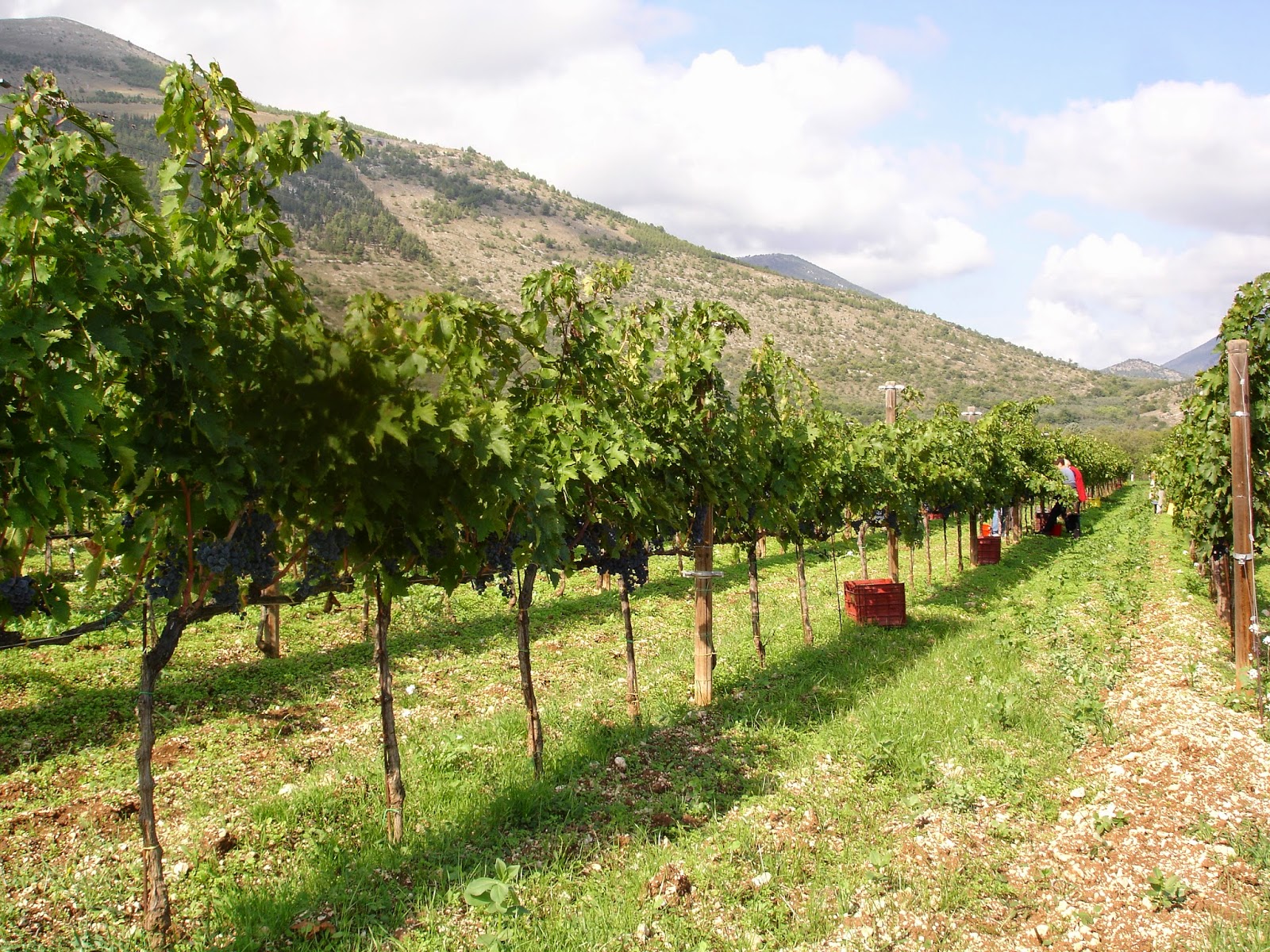 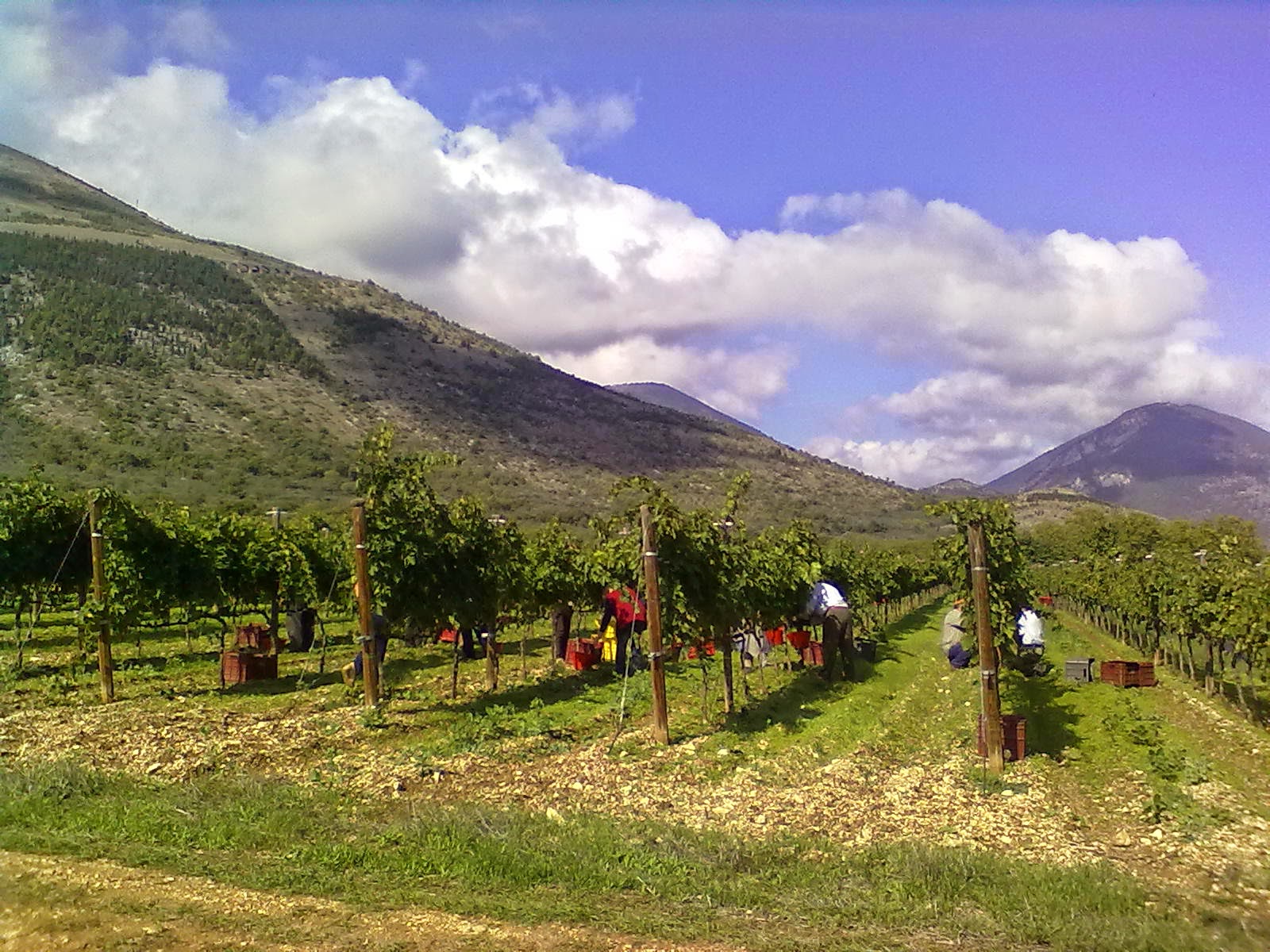 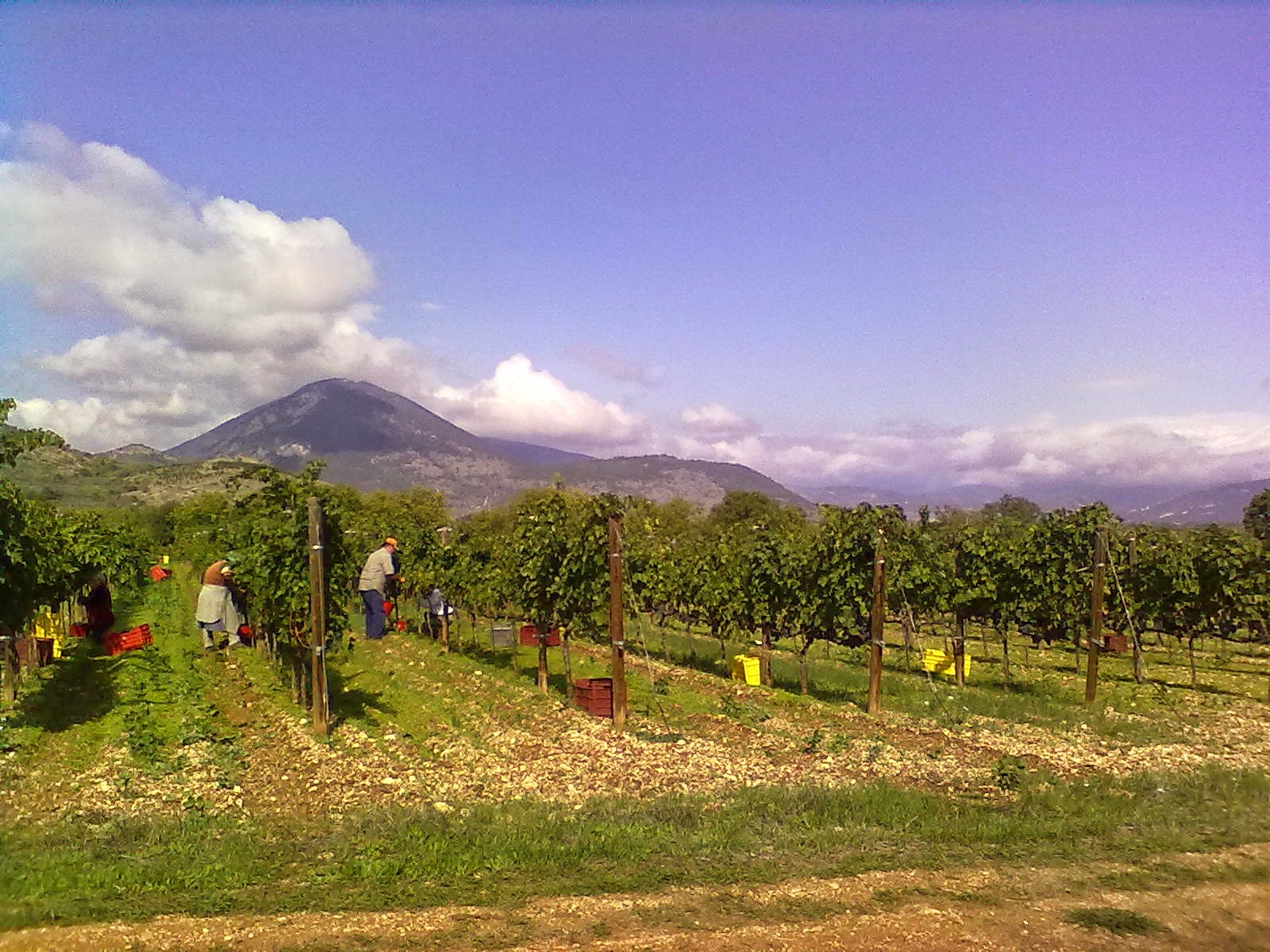 Max says "Falanghina" . . . the new wine in our portfolio from Aia dei Colombi

In homage to Jeremy Parzen's Italian Grape Name Pronunciation Project, this is the first video in a series of Max and Taylor pronouncing Italian grape names (and maybe the names of my Italian produers).  I have already been told that I need to pay them in wine . . . uh oh!
at October 13, 2014 No comments: