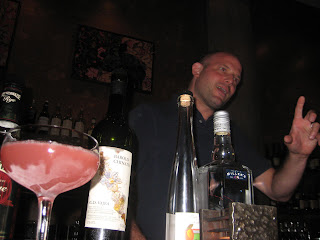 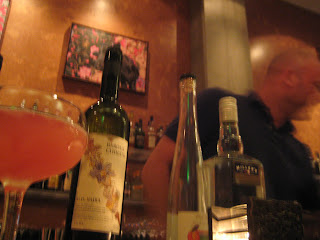 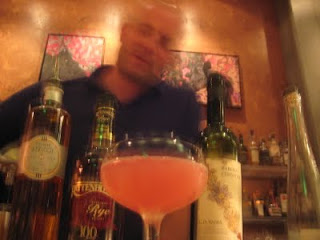 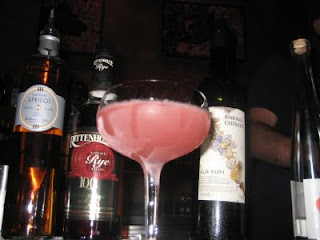 Hey!
So G.D. Vajra makes one of the best Barolo Chinatos (Barolo wine fortified and flavored with herbs and spices, mainly Quinine, an herb that was was used in the Colonies in Africa, Australia, and South America to ward off malaria.)
Erik Adkins at Heaven's Dog in San Francisco has been a big supporter and I had him and his bartender buddies work up a few cool drink recipes for the G.D. Vajra Barolo Chinato the last time I was up in the Bay Area.
Ask for them to whip one up for you.
2 oz Sazerae Rye
3/4 oz G.D. Vajra Barolo Chinato
1/2 oz Apricot Brandy
Stirred up with a lemon peel and served in a rocks glass. 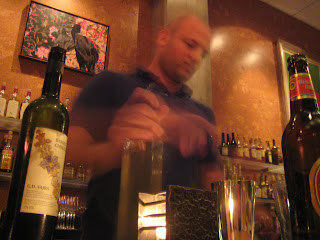 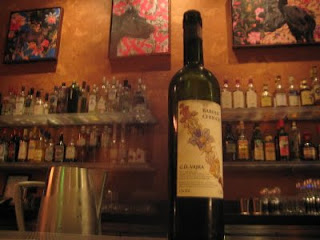 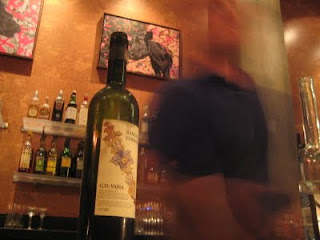 with Gin,
2 oz Millers Gin
1/2 oz G.D. Vajra Barolo Chinato
1/2 oz Apricot eau de Vie
1/2 oz lime juice
1/2 oz simple syrup
served shaken, not stirred
A great time was had making these and luckily I had my designated driver for the ride back home!
Anyone want to name these creations?
at November 30, 2009 No comments: