Stefano Novello talks about the philosophy behind Ronco Severo part 1 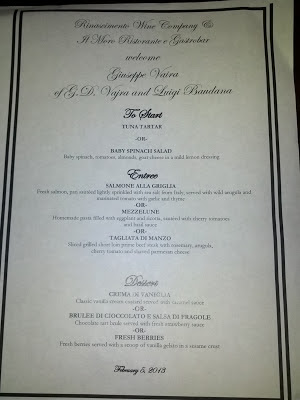 So, every once in a while, instead of doing the dog and pony show with a supplier, it is fun to get a group of people together to taste the new vintages of a wine and eat some good food together and look at the wines in the context of how they pair with food.  The modern way of selling wine on the wholesale side is you trot around with open bottles and taste wine buyers at their place of business and gauge their reactions and take orders or don't take orders depending upon how much they liked the wines.  But all of this is done in a pretty shallow fashion as the buyers don't have much time to devote to learning about the wines and the tastings are done fast and without food and there is little or no contemplation.  But if that same buyer can sit down with the producer, relax a little bit and get the chance to taste the wine in the context of a meal and be able to ask questions between sips of wine and bites of food, this changes the dynamic between the wine and the buyer and the winery. 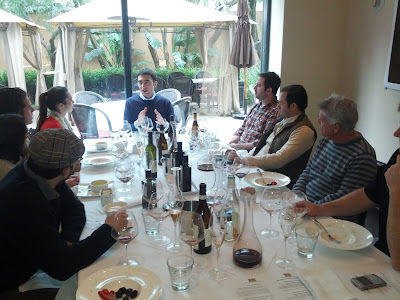 Below are some photos of the wines as we decanted them.

The wine and food were a perfect match.  The Tagliata di Manzo was heavenly but I was one of the only ones to get it.  We must be in L.A.!

A great time was had by all and of course, a huge thanks to Giuseppe Vaira for his friendship and the greatness of his family's wines.

Members of the trade can register here but there is no public tasting.  :-(