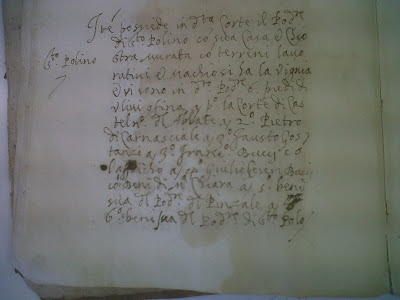 In 1581, the farmstead of San Polino was registered as one of the properties belonging to the Montalcino Hospital “Santa Maria della Croce” and it is here that we find the first explicit mention of the vineyard: 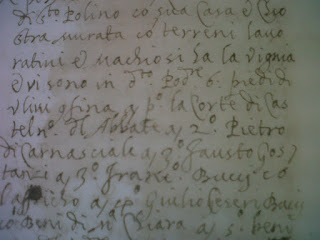 “…the farmstead of San Polino , with its house, its worked fields and woodlands, has a vineyard and there are on this farmstead six olive trees…..”

The medieval hospital functioned as a charitable institution which provided for pilgrims and gave assistance to the poor. It owned 30 farmsteads, houses and shops in the town, mills, olive presses, a furnace where bricks, vases and calcina were made.

From the 18th century ownership of San Polino changed hands when the noble Piccolomini family from Siena took possession of the farmhouse and its lands.

In 1991 the farmstead was bought by its present owners, Luigi and Katia, who renovated it and planted the new vineyards in 1998.

The six olive trees mentioned in the hospital registers in 1581 are still producing olives. 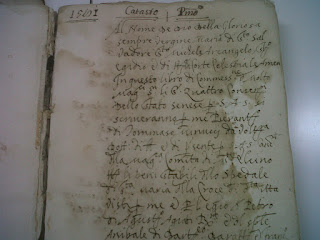